Home › Beyond the Sky’s Limit: Ice Cream in Space

Beyond the Sky’s Limit: Ice Cream in Space

June 13th, 2015 will go down in history as an important and memorable step for humankind. This is the day that students at the Workshop School blasted a pint of Little Baby’s Ice Cream into space.

Little Baby’s Ice Cream distributes pints of their delicious and unique frozen desserts in the world’s first ever 100% re-pulpable and recyclable ice cream pint container. To celebrate the launch of their new packaging —that came about with support from the Merchant’s Fund and through collaboration with Union Packaging — Pete Angevine from Little Baby’s contacted The Workshop School in West Philadelphia, whose mission is to “unleash the creative and intellectual potential of young people to solve the world’s problems,” about an idea: he wanted to launch a pint of ice cream into the stratosphere.

I spoke with Pete Angevine and Simon Hauger about this collaboration.

Bradford: Pete, it seems to me that one of Little Baby’s strengths is your ability as a company to green-light unconventional ideas when they “pop” into your head. In your busy life of running a business, do you set aside intentional time in your schedule where you can clear your mind and make room for these ideas to come to you? Are you someone who is constantly writing down inchoate ideas in a notebook or on your phone?

Pete: Truthfully, Little Baby’s itself began essentially as an unconventional idea (to me) that “popped” into my head. Creating a foundation and an environment for other ideas to pop up and become realized is an essential part of what makes the company a fun, interesting, and unique place to work. I do not go anywhere without my notepad and a pen — I write incomplete ideas down constantly. Finding intentional time to clear my mind and let ideas bubble up is a critical part of my day-to-day life.

B: In a way, it takes some courage or at least confidence to approach someone like the Workshop School with an idea like this — can you speak to your process of communicating unconventional and nascent ideas to new partners, collaborators?

P: Little Baby’s thrives off of true collaboration in which all parties are equally contributing to the vision & end result, so in some ways, identifying a project partner and sharing a concept before it’s fully formed is best so that it can be sculpted by everyone involved, not just us. If there was any confidence involved in approaching the Workshop School in this case, it’s only because launching Ice Cream into space is an undeniably hilarious, absurd, and worthwhile idea.

B: Why did you reach out to the Workshop School with this idea? What were your initial expectations? What about the process surprised you or delighted you?

P: I first became aware of the Workshop School around 2013, when I saw the principal Simon Hauger interviewed for the Grid Alive show. It was immediately clear to me that he is an extremely capable, open-minded guy who is really dedicated to his alternative approach to education. While I didn’t have anything in particular in mind at the time, I definitely logged TWS in the back of my mind as an ideal match for a community partner to work with on something, someday. When I first reached out to them and went in to meet them, I really did not have any expectations. I tend to get “stuck” on certain ideas (as a musician, I call this demo-itis in the recording studio) and so when working with others I sometimes deliberately try to not imagine anything too specifically and just see where it goes. There are many delightful things about TWS, but most prominently, it was that everyone — from the principal, staff, teachers, students, advisors — was “all in” right off the bat.

B: Some might say that launching a pint of ice cream into space and developing an innovative package are two very separate tasks, but, to me, both are similar in the sense that you asked why not and then set forth to see if you could make it happen, turning something imagined into something real. When did you have the idea to design your new packaging? Can you tell me about what it looked like to propose this idea to Union Packaging?

P: The packaging was a long time coming. I believe it was in 2013 that I met Mike Pearson of Union Packaging at an SBN event. Because innovation, singularity, and waste reduction have always been important tenants of LBIC, it was obvious to me that we needed to take advantage of the fact that a local sustainable packaging company was potentially willing to work with a tiny company like ours (most packaging companies probably wouldn’t pick up the phone for a company 10x our size). A few months later, we received a small grant from the Merchant’s Fund to work with UP in an attempt to create the first 100% compostable Ice Cream pint container. While we weren’t able to quite meet that goal (yet), we’re proud of what we accomplished and have out there on the market.

B: In general, can you tell me about how collaborating with other businesses/ organizations has both helped you advance your business goals, but also advance your hopes for a culture of collaboration in Philadelphia?

P: Part of our goal as a business is to engage with the world around us in a meaningful way, both because it’s fun and personally satisfying, but also because it’s “good for business.” Joining forces with others to create something new attracts twice the amount of attention (or more), broadens our own perspectives, and sometimes even leads to more people buying more ice cream. I have found that Philadelphia can be an excellent incubator for this type of creative community collaboration — it’s small enough that you can’t really be too disconnected from pretty much anyone, and people and entities tend to support and encourage one another.

B: Simon, when Pete approached you about this idea, what was your first thought?

Simon: We are always looking to collaborate, and although this project was not really a real-life problem, building partnerships is a great opportunity and there was a still a lot to learn from this project. It was also too much fun to pass up.

B: And how did your teachers respond to this idea?

S: A year ago, I sat down with one of our teachers, Maura Chambers. I pitched it to her; we shared it with the students, and decided that we would figure it out. Next, Pete came in to meet with our students to talk about the project and we had an idea-sharing session.

B: So once you approve a project, you design a whole semester around that idea, right?

S: Yes and each project has deliverables as we build towards the final project. Two of the deliverables for this projects were the balloon itself that was equipped with a GPS receiver so that students could analyse the flight data and the video, Ice Cream in Space!

B: Why space, Pete? Why not sink a pint into the depths of the sea with a go-pro?

P: That is a really good idea.

B: Where else could you send a pint of ice cream, Simon?

S: We have discussed potentially sending a pint on a transatlantic flight.

To learn more about this project, The Workshop School, Little Baby’s, and to watch Ice Cream in Space!, an absurdist docu-comedy directed by Jesse Engaard, click here. 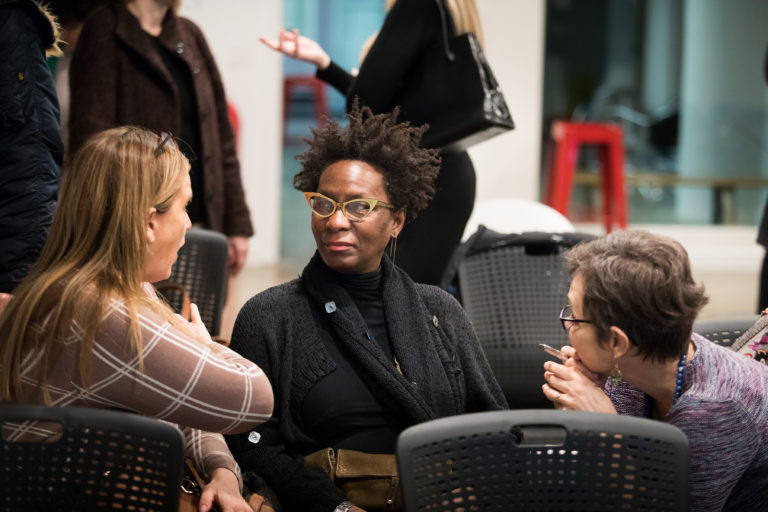 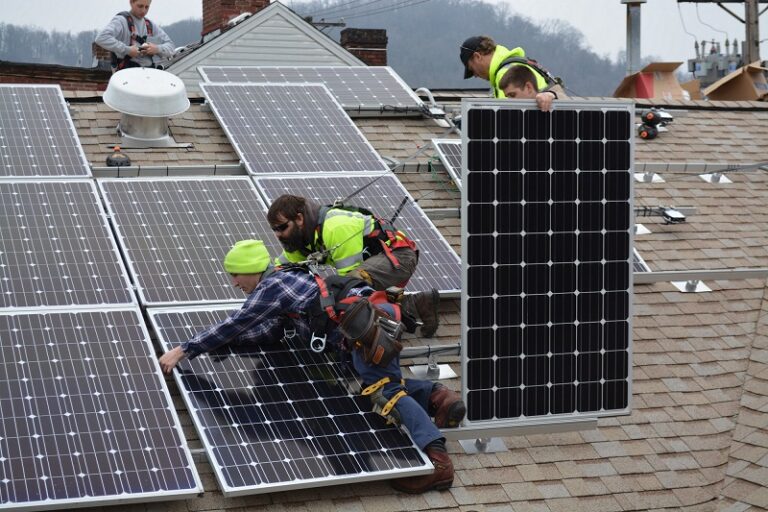