Home › who we are › board of directors › Nima Etemadi 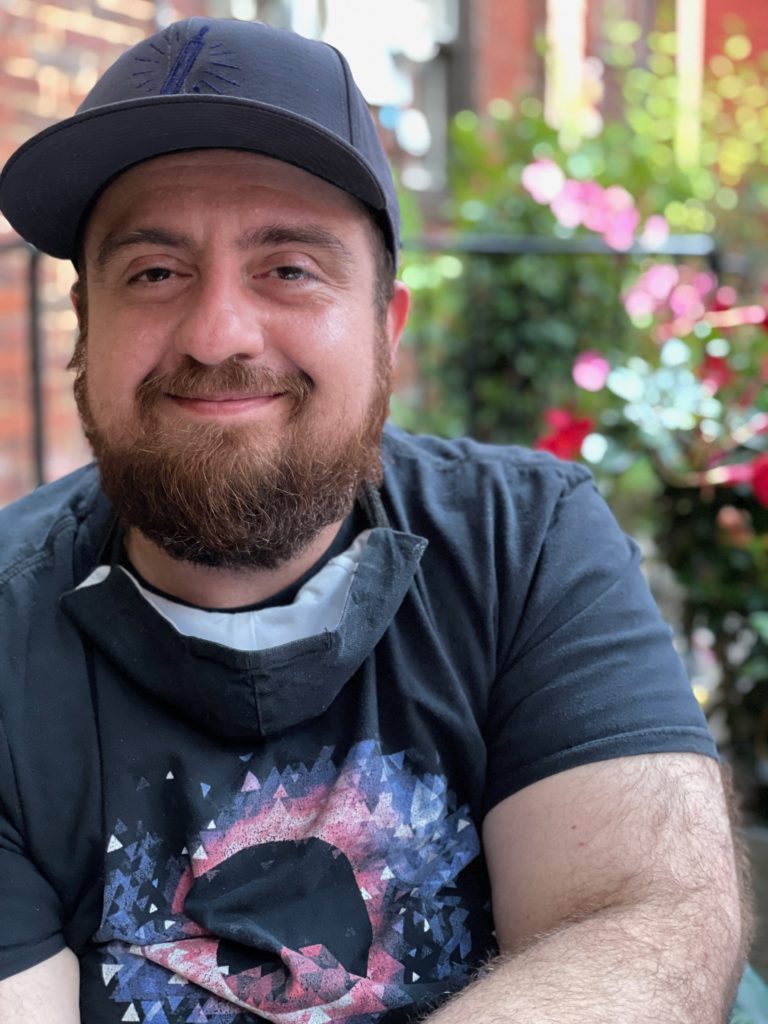 Nima Etemadi grew up in Vancouver after his family immigrated from Iran. His upbringing as a first-generation North American shaped his food lens, together with a strong interest in both French cuisine and the foodways of the American South. He graduated from culinary school and worked in kitchens and catering before attending Sarah Lawrence College, where he met his best friend and future business partner, Lily Fischer.

After earning his degree, Etemadi worked as assistant editor at Aperture, a non-profit photography magazine and publishing house, but office life soon gave way to another round of culinary school – this time at the French Culinary Institute (now International Culinary Center) studying pastry arts.

In 2012, Etemadi moved to Philadelphia to found Cake Life Bake Shop with Fischer, first located in the Globe Dye Works building before moving to its flagship location in Fishtown. A proud transgender business owner, he hopes to see more members of the lgbtq+ community start businesses of their own.