Home › who we are › our team › Jared Michael Lowe 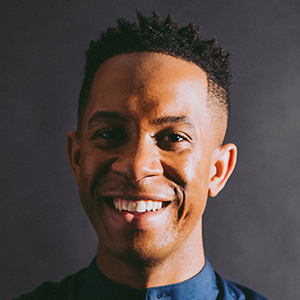 Jared brings to SBN a passion for empowering and engaging diverse communities, crafting compelling narratives, and identifying new and innovative ways to tell the stories of our local economy.

Since 2008, Jared has worked as a journalist, social media editor, creative producer, communications strategist and cultural arts administrator for a host of media, entertainment, academia, and arts and culture organizations. He’s managed initiatives such as high level communications and digital strategy to editorial services and social media marketing for The University of Pennsylvania, Temple University, Visit Philadelphia and WHYY.

From 2010 to 2016, he was the founding editor of LoweFactor.com, a digital curatorial experience for the savvy urbane millennial, which won numerous awards and received citations from The New York Post, ESSENCE and Okayplayer. Today, his reporting and commentary on fashion, culture and racial politics has appeared in Teen Vogue, NBC News, Ebony, The Huffington Post, and Cosmopolitan, among others.

He holds a Master’s of Science in Organizational Dynamics from the University of Pennsylvania and a Bachelor’s of Arts in Communication Studies from Kutztown University.

“As an advocate for inclusive economies, I believe in the power of narrative to help uplift and amplify our diverse independent business community. I’m excited to join SBN to better illustrate those stories and continue to move our region forward in building a just, green, and thriving economy.”

Back to Our Team